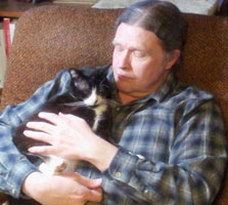 If you have ever noticed how many times the predictions of futurists in the past have been wildly off the mark, while sometimes a few of them also managed to say things that really came to pass, you might find my print-on-demand paperback book to be entertaining.  It's called Probing the Future: the art and science of prediction, and it consists of two parts: In the first part, the psychological need to predict the future is examined, along with a historical timeline of mankind's attempts to predict the future, both scientific and purely imaginative.  In the second part, the approach of general systems theory is taken in order to analyze the main reasons that the future states of complex dynamical systems can be so hard to predict, and numerous examples are given of such systems in nature, psychology, economics, and other applications.

The book is available at Booklocker.com for $19.95 plus shipping and handling.

(9/26/21): A paper on the calculus of variations and one on Huygens's principle (Analysis, wave theory):

A. Mayer, "Lagrange's method of multipliers and the most general problem in the calculus of variations for one independent variable," Ber. Verh. Kon. Sachs. Ges. Wiss. Leipzig 47 (1895), 129-144.

(10/5/21): A paper on the calculus of variations and another on unified field theory (Analysis, Spacetime structure):

R. G. D. Richardson, "The Jacobi criterion in the calculus of variations and the oscillatory properties of second-order linear differential equations," Math. Ann. 68 (1910), 279-304.

(10/18/21): An early paper on the deflection of light by celestial bodies and two papers on the calculus of variations and (Analysis, Spacetime structure):

The natural philosophy of neo-classical physics


What I am calling “neo-classical” physics refers to the constellation of research topics that lie at the interface between classical physics and quantum physics.  This does not always represent the physical phenomena that are left when one takes the classical limit as Planck’s constant goes to zero.  Indeed, some of the topics include the tensor form of the Schrödinger and Dirac equations and the association of physical observables with the quantum wave function.  Mostly, one tries to reconcile the “strongly-worded hints” that come from the effective field theories with the possible improvements one might incorporate into the fundamental model for the electromagnetic vacuum state in order to extend from classical electromagnetism to quantum electromagnetism.

One of the subtle issues that asserts itself in quantum physics is the integrability of the work functional, such as whether the basic flaw in the Dirac sea model of the quantum electromagnetic vacuum state is in assuming that it consists of total potential energy states for the fields of positrons, when those states have infinite energy.  Since, as Heisenberg explained, “it isn’t the infinities that are physically meaningful, only the difference between them,” this suggests that perhaps one should not assume that the work done going from one state to another is actually conservative, rather than something more “thermodynamic” going on with the energy of quantum fields.  If one puts the force 1-form that defines the kernel of the work functional into normal form, in the Pfaffian sense, as a sum of an exact form and various inexact contributions then perhaps those obstructions to the integrability of the force 1-form might represent “quantum corrections” to the classical expression – i.e., the exact part.

This program of research also entails gaining more intuition about how the modern geometrical and topological methods in mathematical physics apply at the elementary level in empirically reachable phenomena.  For instance, although topology-changing process are often first introduced in field theory as a Planck scale process, nevertheless, the concept is much more commonplace in nature than just the early Big Bang.  For instance, one can see topology-changing processes at work in the growth of a tree, the formation of soap bubbles and smoke rings, and the nucleation of bubbles in boiling water.  Ideally, one hopes that the laws of nature at their most fundamental level are truly universal, which is the spirit of the various principles of relativity, and the only hope for astronomy and cosmology, and that the most powerful tool in the theoretical toolbox is reasoning by analogy.

Some of the topics represented in the research that papers that I have provided in PDF form for download are:

2.   The papers in quantum electrodynamics that followed the publication of Dirac’s seminal paper on the theory of the electron.

3.   Quantum enhancements to the classical electron model of Abraham, Lorentz, and Poincaré that would take into account the magnetic moment of the electron, its wave-like nature, and the existence of anti-matter and vacuum polarization.

5.  Alternative ways of formulating mechanics itself that anticipate the extension to a mechanics of general waves that includes quantum waves, as well as classical ones.  In particular, projective geometry plays a deeper role in the mechanics of points, rigid bodies – which include rigid structures, as well as rigid solids, – continua, and waves than is often appreciated nowadays.

6.   In particular, the formulation of any mechanical theory as something that is based in the action of Lie groups (if not pseudo-groups and groupoids) of transformations on the configuration space of the model.

The papers available for download include my own research, as well as my English translations of various classical books, articles, and pamphlets that originally appeared in French, German, and Italian.  Please feel free to inform me of any corrections that need to be made or any suggestions you might have about other translations.

Thermodynamics            –   Papers by Helmholtz, Carathéodory, de Broglie, and Lippmann, and a book by de Broglie

Digizeitschriften.de        -  A source of free downloads of mostly German journals

Yuriy Krasnov             -  A colleague for whom I once edited a book on the dynamics of quantum vortices, which is available
for download (now deceased).

J.-F. Pommaret             -  A mathematician and civil engineer who has examined the application of Spencer cohomology to
Cosserat media in great detail